The Finnish Institute for Health and Welfare THL confirms there are now 2,796 coronavirus cases in Finland - an increase of 164 from the day before - with 48 deaths, an increase of six from the previous day.

Minister of Family Affairs and Social Services Krista Kiuru (SDP) says that at the beginning of the crisis the national capacity for testing was just a few hundred samples each day. However public health authorities are currently able to analyse around 3,000 samples each day, with the goal of increasing this to 7,000 each day.
Annons
Kiuru says that hospital districts also need to work with private healthcare provides as well, and that they could also increase their testing from the current 2,000 tests each day to 3,000. The combined testing capacity across the whole country, in both private and public health, would be 10,000 coronavirus tests.

The CEO of the National Emergency Supply Agency NESA Tomi Lounema has resigned after a scandal involving millions of euros spent on masks from China, ordered through a company in Estonia, which was done without due diligence. Some 230,000 masks which arrived in Finland this week were not high quality enough to be used in hospitals.

Minister of Employment Tuula Haatainen (SDP) made the announcement about Lounema's at a Friday evening press conference in Helsinki; while earlier in the day Prime Minister Sanna Marin said she had lost confidence in him.

Just 24 hours before his resignation, Lounema has outlined the details of two transactions to procure medical-grade protective equipment for frontline healthcare workers. One deal was signed with Onni Sarmaste, a businessman with a history of bad debts who runs a payday loan company. The other deal was with Tiina Jylhä, a woman who runs a plastic surgery business in Estonia.

NESA paid around €5 million for these deals but Lounema admitted his organisation hadn't done the proper background checks on the individuals they were doing business with. Read more.


Katri Kulmuni interview: 'It will take years to rebuild after coronavirus crisis'

Finland's Minister of Finance Katri Kulmuni (Centre) says she thinks it will take "years" to rebuild the country after the coronavirus crisis, considering the impact on the economy and on society.

Speaking shortly before EU finance ministers agreed a €500 billion euro deal to help recover from the coronavirus pandemic, Kulmuni said "it would be easy if we could just spend our way out of this crisis, and it would be easily solved if it was only about taking on more debt. But that is just one of the solutions to the crisis."

Kulmuni speaks about first tackling the virus in terms of health, and then making sure people can make it through the coming weeks and months financially with supplementary budgets making hundreds of millions more euros of support available. Read more.

Hundreds of vehicles have been turned back at the Uusimaa border as police and military conscripts continue to enforce a regional lockdown to help slow the spread of coronavirus.

Maundy Thursday and Good Friday are traditionally two of the busiest travel days of spring as people leave Finnish cities and perhaps head to their summer cottages for the first time of the year. This year however only people with a valid reason for crossing to/from Uusimaa are allowed through checkpoints.

"We were prepared for the increased travel at Easter, even though it's not necessary" says Jarkko Lehtinen from Helsinki Police.

On Thursday a total of 45,604 vehicles were allowed to cross, but 283 were turned back. Police also issued nine fines for people who violated the emergency laws. Meanwhile 832 passengers were asked about their reasons for travel on Thursday and 20 people were turned back, with two passengers fined. Read more.

A new poll by Rural Future newspaper finds that a slight majority of Finns would like to postpone the multi-billion euro project to replace the country's fighter fleet due to the economic impact of the coronavirus pandemic.

The poll found that 51% of those questioned were generally in favour of delaying the project for now.

Around a thousand people took part in the survey which found respondents in the capital city region and in Ostrobothnia – in particular men – were most likely to want to see the expensive military project put on hold.

Parliament is due to make a decision next year on which of the five contenders to replace the ageing Hornet fleet will win the €10 billion contract.

Finnish President Sauli Niinistö has made a surprise video call to children in a classroom in Vantaa.

The president held a conversation on Thursday with students in grades 1–3 who are still coming for lessons.

Niinistö took questions from the pupils including being asked by an 8-year old what the most difficult thing about the coronavirus was for him.

The president said that he is mostly worried about how Finns are doing at this time, and explained how it was also affecting his own life including avoiding meeting people and frequently washing his hands. 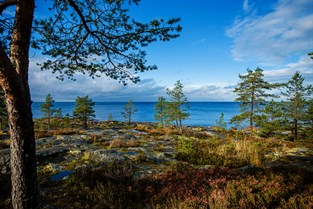 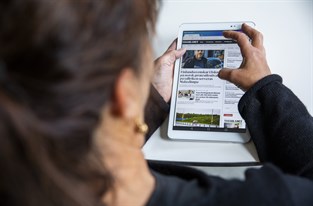 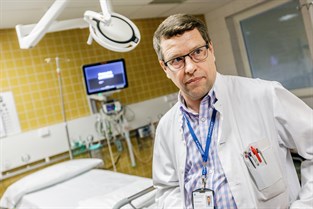 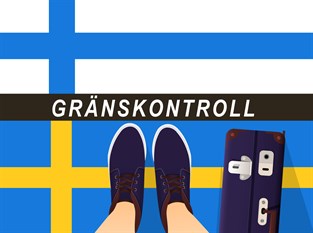