The Finnish Institute for Health and Welfare THL says there have now been 5,738 confirmed cases of coronavirus in Finland, an increase of 65 from the day before.

The number of coronavirus-related deaths now stands at 260, which is an increase of 5 from the previous day.

Across the country there are 169 people currently in hospital receiving treatment for coronavirus-related medical issues, and 45 people in intensive care. Those numbers have also been falling off over the last two weeks in most hospital districts.

A working group tasked with coming up with ideas for Finland to return to growth after the coronavirus crisis has laid out a set of radical reform proposals impacting education, the economy and working life.

An advisory group headed by Vesa Vihriälä presented the findings of its research to the government on Friday and Vihriälä, an economist and Professor of Practice at the University of Helsinki, he says the measures are needed because Finland could face a decade of economic fallout from the pandemic.

First comes a period of increased spending, then taxation and austerity the report concludes.

"Our relatively pessimistic view is that there will be a big loss of production this year and after that the recovery will be slow. If nothing special can be done in politics here or elsewhere, a decade has been lost in the same way as after the 2008 financial crisis" Vihriälä told journalists on Friday.

Among the key recommendations in the report are extending compulsory education, introducing modest tuition fees at universities, and increasing the number of places in tertiary education. The report's authors also want to remove incentives for early retirement, and reduce barriers to bringing foreign workers into Finland.

The economists also want to see more direct financial support given to small and medium-sized companies to specifically help those whose turnovers have been hardest hit by the pandemic.

The Government is to reconsider its compensation package for restaurants, cafes and licensed premises after a chorus of complaints that the deal, unveiled just 24 hours before, is deeply flawed.

The €123 million plan included an element worth €83 million to cover lost revenues during the time that businesses were legally obliged to close from early April until end of May. The amount each restaurant, cafe or bar could claim was calculated at 15% of the difference between their average January and February takings, and what they made in April.

Centre Party ministers were the first to break cover and concede there’s a problem that needs to be looked at more closely. Minister of Finance Katri Kulmuni (Centre)says that she appreciates many restaurants have low sales at the start of the year and that “these important issues will be taken into account in the parliamentary deliberations. “As many restaurants as possible will receive support” says Kulmuni.

Businessman Petter Larsen, who owns One Bar & Restaurant in Porvoo, says the government got their calculations wrong from the start, and he's disappointed about the way the industry has been treated during the enforced closures.

“I’m most upset about the attitude of ministers in the government, even though the government is lead by younger people. The attitude towards the restaurant industry has not changed since the 1990s” he says. Read more here.

A new report from Save the Children Finland highlights the levels of anxiety, boredom and feelings of isolation experienced by children during the coronavirus restrictions.

The charity talked with more than 6,000 children and parents in Finland, Germany, USA, Spain and the UK to ask about their experiences of lockdown during the pandemic.

While some countries are now starting to ease their coronavirus restrictions, and planning a return to school for students, many other countries are not opening schools just yet and the pandemic restrictions have impacted an estimated 1.3 billion children and young people worldwide.

The survey found that in Finland specifically, 72 percent of children and young people who took part in the survey reported feeling anxious while 56 percent said they felt tired.

Save the Children Finland says that support and services should be made available to all children, especially immediately after restrictions are lifted.

“In Finland, it must be ensured that now that the restrictions are lifted, children in need of child protection who have been hidden during school closures and their families will receive the support they need” says Kirsi Kettunen, Save the Children’s Chief Physician. Read more here.

A group of young Muslims in the capital city region has launched a fundraising initiative to provide hot meals for frontline healthcare workers.

It’s a way to thank them for the hard work they’re doing during the coronavirus crisis, throughout the Muslim holy month of Ramadan and beyond.

“We want to give back to healthcare workers with a small gesture of gratitude for the work they are doing at this time" says Sara Salmani, one of the fundraising organisers.

“It’s Ramadan which is the holy month of fasting for Muslims. It’s a time of charity and giving, and being together. But also it’s a time of spirituality. This year because of coronavirus we can’t be together, but we can give” Salmani adds.

There’s around 20 people involved in the project, with volunteers scouting local restaurants near Malmi and Laakso hospitals in Helsinki to find good providers for the food. If the campaign raises enough money they’ll look at expanding the efforts to cover Espoo and Vantaa hospitals which are also treating coronavirus patients. Read more here.


Ministers get all-clear to go back to work

Government ministers have been given the green light to go back to work, after two days of working from home. Ministers Tuula Haatainen (SDP) and Aino-Kaiso Pekonen (Left) were told to self-isolate after possibly coming into contact with someone who might have had coronavirus, earlier this week.

As a precaution, other cabinet ministers were told to go home and work remotely.

However test results came back on Friday, and the person was found not to have coronavirus so while meetings were held remotely on Friday, ministers can return to work as normal after that. 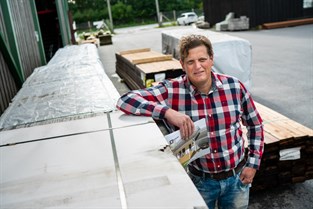 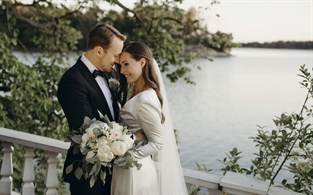 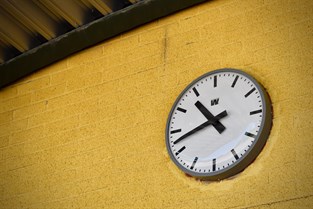